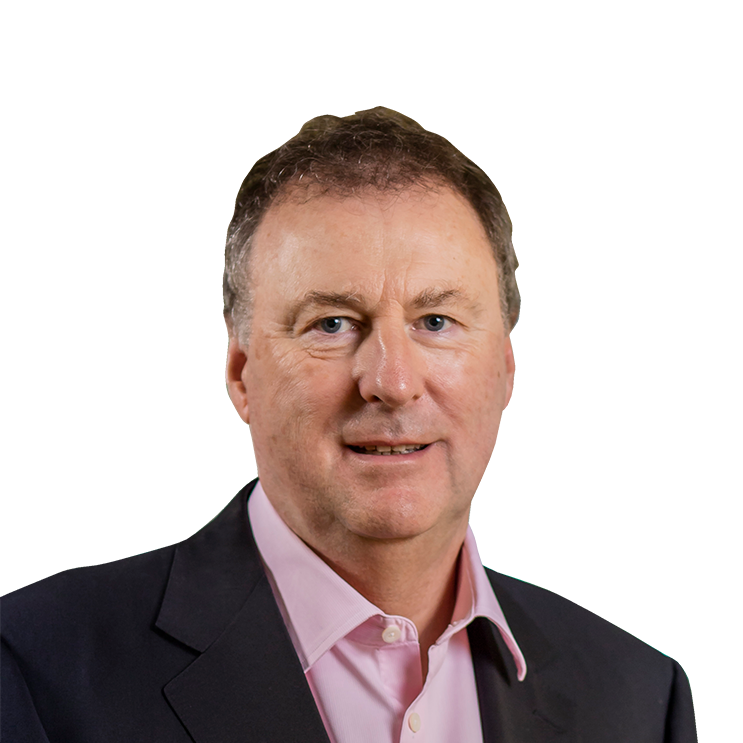 2019 was a positive year for the Group where the long-term operational and financial position continued to strengthen. This was underpinned by the introduction in January of the W.B. Yeats. 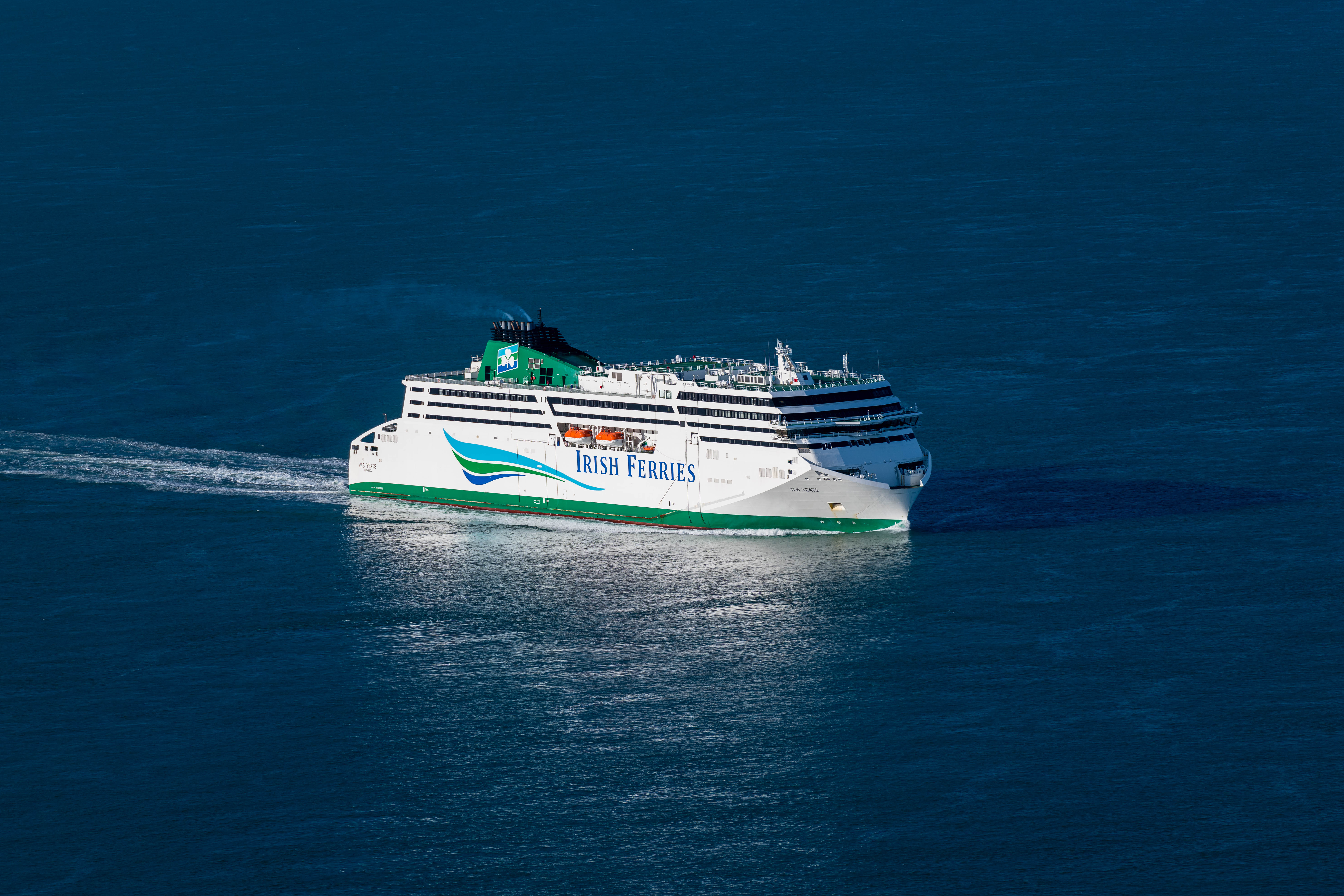 * These APMs which are non-IFRS measures to monitor Group performance are defined and reconciled to IFRS measures on pages 22 to 23. Pre IFRS 16 adjusts reported amounts for the effects of IFRS 16

The Chairman in his review noted the progress we have made in the strategic development of the Group over the past twelve months. These include the introduction of the W.B. Yeats, material improvements to our schedule integrity, the expansion of our owned container fleet and the extension of the Belfast Container Terminal concession.

The performance in the Ferries division, generator of 79% of Group EBITDA, saw an underlying increase of 14.3% in EBITDA after adjusting for the effects of IFRS 16. This was primarily due to improved operational performance, the introduction of new services and expansion of the container vessel chartering activities. EBIT increased by 5.8% to €36.2 million (2018: €34.2 million), again due to the introduction of new services, improved operational performance but partially offset by increased vessel depreciation charges on the new W.B. Yeats over the 34 year old Oscar Wilde and on the increased container vessel fleet.

Performance in the Container and Terminal division continued to grow at a steady rate. EBITDA in this division increased to €16.1 million pre IFRS 16 (2018: €14.8 million) with EBIT rising 7.4% to €13.0 million pre IFRS 16 (2018: €12.1 million). This reflected increased activity in both container shipping operations in Eucon and container handling activities at our terminals in Dublin and Belfast.

The Group ended the year in a strong position financially with equity attributable to shareholders increasing by €35.0 million to €287.9 million. This was achieved after returning €24.7 million (2018: €23.5 million) to shareholders by way of dividend with the underlying dividend per share increasing by 5.0%. The Group also bought back 2.9 million of its own shares, equivalent to 1.5% of the issued equity at the beginning of the year, at a total consideration of €12.9 million.

Net debt at year end was €129.0 million compared to net debt of €80.3 million in the prior year. This represents a Net Debt/ EBITDA leverage of 1.5 times. The increase in the net debt during the year is mainly due to the accounting treatment under IFRS16 of right of use assets. The recognition of right of use asset lease obligations increased year end net debt by €36.0 million at the end of the year. These obligations are excluded for banking covenant purposes. Year end net debt of €129.0 million comprised gross borrowings of €203.9 million, lease obligations of €36.0 million less gross cash balances of €110.9 million.

As Chief Executive my key responsibility is to drive future profitable and sustainable growth of the Group. I’m happy to report that on a strategic level significant progress was made during 2019 in preparing the Group for future long-term growth opportunities.

In December 2018, the Group took delivery of the W.B. Yeats which entered into service in January 2019. This was a significant step for the Group’s ability to accommodate and take advantage of the long-term growth opportunities in our markets. The W.B. Yeats commenced services on the Dublin – Holyhead route in January 2019 and then transferred to the Dublin – Cherbourg route in March. This vessel offers increased levels of comfort and capacity over the 34 year old Oscar Wilde which was sold. Investment in the W.B. Yeats is key to the Group’s decision to offer increased year round direct freight sailings to the continent. I am pleased to report, that the W.B. Yeats exceeded our expectations in her first year of service and successfully operated on both the Dublin – Holyhead and Dublin – Cherbourg routes.

The Group in 2018 entered into an agreement for the construction of a second cruise ferry with a contracted delivery of late 2020. It is intended that this vessel will service the Dublin – Holyhead route alongside the existing Ulysses with the Epsilon being returned to its owners. The cruise ferry will accommodate 1,800 passengers and crew, with capacity for 5,610 freight lane metres, which provides the capability to carry up to 330 freight units per sailing. Overall, it will effectively be a 50.0% increase in Irish Ferries peak freight capacity compared to the Ulysses.

The Dublin Swift replaced the Jonathan Swift on the Dublin – Holyhead fastcraft service during April 2018. The Dublin Swift operated a summer only service for the first time in 2019. The performance of the vessel was slightly below expectations, mostly due to congestion in Dublin Port which resulted in a less than optimal sailing schedule. We have amended the schedule for 2020 and will closely monitor performance.

Also in April the Group entered into a bareboat hire purchase agreement for the sale of the cruise ferry Oscar Wilde to MSC Mediterranean Shipping Company SA. The total gross consideration for the sale is €28.9 million, payable in instalments over 6 years, up to 2025. This has resulted in profit on disposal in the year of €14.9 million.

The Group’s management continually seeks investment opportunities which meet the Group’s stringent return hurdles both in terms of return and risk appetite a policy which is promoted at all levels within the organisation. These investments are funded through a combination of debt and cash generation from existing activities.

Strategy and the Environment

While conscious that shipping is the most environmental friendly mode of transport in terms of emissions per kilometric cargo tonne it still does have an impact on the environment. Aligned with its corporate responsibility towards the environment and to ensure compliance with new environmental regulations effective from 1 January 2020, the Board has approved an investment in exhaust gas cleaning systems on its two existing cruise ferries and four owned container vessels. This technology is already employed on the newly constructed W.B. Yeats and specified on the second new cruise ferry. The first of these systems is being installed on the Ulysses and the second is planned to be installed on Isle of Inishmore later in 2020. While offering positive environmental effects this investment is expected to lead to lower operational costs on an ongoing basis.

Exit of United Kingdom from the European Union

While the United Kingdom exited the EU in January 2020, we are still lacking clarity on what the future trading relationship will be post the current transition period which continues up to 31 December 2020. No matter what the immediate short term consequences may be of proposed exit of United Kingdom from the European Union, if it proceeds, it is the Group’s position that Ireland as an island will continue to trade outside of its borders. Given the strong linkages between Ireland and the United Kingdom both culturally and commercially, it is the Group’s view that trade between these two economies will remain robust over the longer term. However the Group’s investment in vessels is designed to provide route planning flexibility to enable the Group to adapt its schedules to customer demand both over the short and long term. Should demand for the Group’s existing services fall over the longer term, the vessels are capable of being deployed to most geographic areas given their design specification.

The Group’s performance is dependent on the support of our customers, suppliers and employees. I would like to thank all our customers for their support during the past year. We will continue to work with our customers to meet their expectations into the future.

Our suppliers are key to our ability to deliver quality services to our customers. We continually work with our suppliers whether they be port operators, contracted service providers or product suppliers to improve efficiencies and quality. We appreciate the co-operation and flexibility achieved in delivering our 24/ 7 services.

Finally, I express my gratitude to our employees. It is their knowledge and dedication to customer service that drives the future success of the Group.

I look forward to in 2020 a continuation of the trends in 2019 that saw both operational and financial progress across all the divisions in the Group. As in prior years, we will continue to seek out improvement and investment opportunities for our longer-term success.