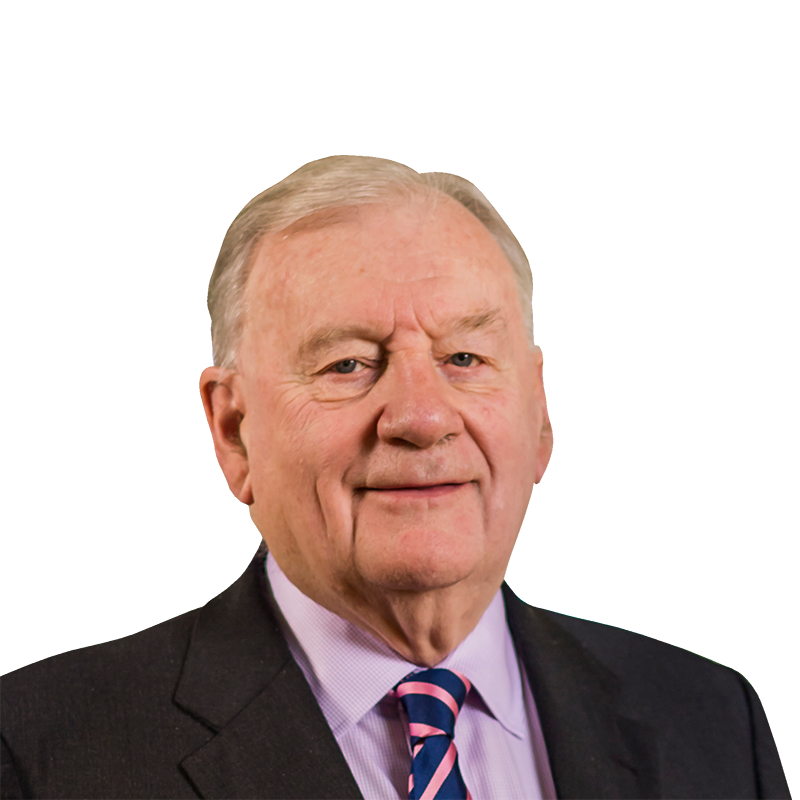 2019 proved to be a successful year for the Group, with growth in all of our divisions and a return to high levels of schedule integrity across the ferry fleet following our investment during 2019. Of particular importance to the long-term development of the Group, was the introduction of the new cruise ferry W.B. Yeats into service in January 2019, and the continued expansion of our owned container ship fleet. 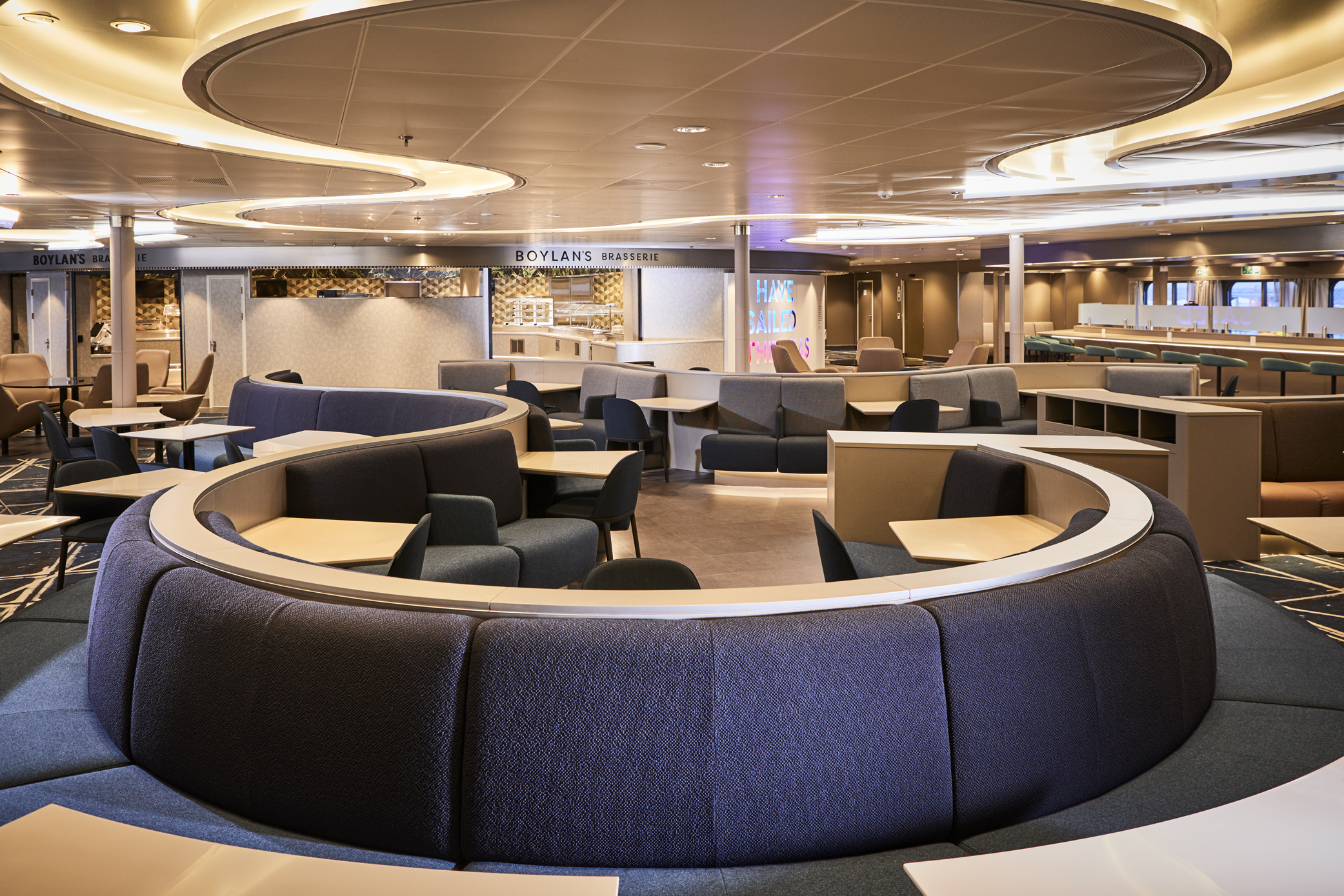 The application of IFRS 16 effective since 1 January 2019 affects some of the financial comparatives as the 2018 reported amounts have not been restated in the financial statements. To assist assessment of underlying performance pro-forma pre IFRS 16 amounts are disclosed.

The Group performance reflected the outcome in our Ferries division where EBIT before non-trading items was €36.4 million (€36.2 million pre-IFRS 16) (2018: €34.2 million). The growth in EBIT was driven by an improved operational performance in the fleet alongside the successful introduction of the W.B. Yeats, partially offset by the increased depreciation charge in its first year of operation.

During the year, the Group purchased two additional container ships for external charter. The Thetis D was purchased in April for €12.4 million, and the CT Rotterdam was purchased in November for €8.2 million. Of our six owned LoLo container vessels, three are currently on year-long charters to the Group’s container shipping subsidiary Eucon on routes between Ireland and the continent whilst two are chartered to third parties. The remaining vessel, the recently acquired CT Rotterdam is providing short term drydock cover with Eucon and will afterwards be offered for external charter. Overall external charter revenues were €4.7 million in 2019 (2018: €2.1 million).

In April 2019, the Group entered into a bareboat hire purchase agreement for the sale of the Oscar Wilde to MSC Mediterranean Shipping Company SA. Gross proceeds of €28.9 million are receivable over 6 years and a profit of €14.9 million is reported as a non-trading item.

Following the technical difficulties on the flagship Ulysses in 2018, significant works were carried out on the vessel in January 2019. I am pleased to report, the schedule integrity of the conventional ferry fleet has returned to the previous high levels achieved prior to the 2018 disruptions, improving from 90% in 2018 to 97% in 2019. As expected, this has contributed to the Group’s improved financial performance in the year.

The W.B. Yeats was introduced into service in January 2019. The vessel was deployed on the Dublin – Holyhead route in the winter months and transferred to the Dublin – Cherbourg route in the summer. The first year of operation has been a success and the vessel’s performance so far has exceeded our expectations.

Performance in our Container and Terminal division was improved with an EBIT of €13.6 million (€13.0 million pre IFRS 16) (2018: €12.1 million) with throughput in our terminals at Dublin and Belfast showing strong growth.

During the year the Group agreed an extension to the port operating concession agreement at Belfast. This agreement now extends to 2026 during which the port owner BHC will undertake significant investment in new port assets.

2019 has been a successful year for the strategic development of the Group. The W.B. Yeats entered service in January and we expanded our owned container vessel fleet. The Group in 2018 entered into an agreement for the construction of a second cruise ferry with a contracted delivery of late 2020. It is intended that this vessel will service the Dublin – Holyhead route alongside the existing Ulysses with the Epsilon being returned to its owners.

The Ulysses has undergone an extensive drydock with sailing performance on the Dublin – Holyhead route returning to the previous levels of reliability. The Isle of Inishmore which operates our Rosslare – Pembroke service has also undergone additional drydock works based on learning from the Ulysses issues. The works have improved our schedule integrity in 2019. We have retained the charter of the roro vessel Epsilon which we operate on both Dublin – Holyhead and Dublin – Cherbourg pending delivery of our second new vessel scheduled for late 2020. With the full operational fleet now in position we look forward to a period of growth and additional revenue generating opportunities.

With increasing awareness of the effects of economic activity on the environment the Group is furthering its existing efforts to minimise its environmental footprint. The Group’s strategy is one of minimising costs and achieving of economies of scale which very much aligns with reducing environmental impacts. The Group has and is currently undertaking significant investments all of which bring significant environmental improvements to our operations. Among the various initiatives discussed later in the Annual Report at pages 40 to 51, is an estimated €25 million investment in exhaust gas cleaning systems to significantly improve the quality of the unavoidable emissions from our vessels.

Exit of United Kingdom from the European Union

The UK exited the EU on 31 January and entered a transition period until latest the end of 2020 during which negotiations of new rules on trade, travel and business between the UK and the EU will take place. There is continuing uncertainty over the nature of the relationship post 2020. The Group’s ferry division is highly dependent on trade flows between Ireland and the UK. Therefore any slowdown in either economy as a result of the exit of United Kingdom from the European Union will likely have an effect on Irish Ferries carryings.

The Group is happy to note that that the long standing Common Travel Area arrangements will remain allowing free movement of passengers between both jurisdictions. It is also noted that the UK have confirmed their adherence to the Convention on the Contract for the International Carriage of Goods by Road which will facilitate retention of the landbridge route through the United Kingdom.

Irish Ferries has engaged with its port operators and regulatory authorities to minimise the effect of any port disruptions on its services following the UK exit. Should port delays occur in the short-term on Irish sea services while new cross border procedures settle in, Irish Ferries deployment of the W.B. Yeats on Dublin – Cherbourg has already added significant capacity to the direct continental services. In addition due to the revised fleet configuration Irish Ferries has the ability to offer additional frequency on its direct continental services should demand justify it.

The exit of United Kingdom from the European Union is expected to have a lesser effect on our container shipping operations between Ireland and the continent. There is a risk of delays or congestion at European ports with some potential for increased flows, dependent on Irish economic growth.

During the year, I led the annual evaluation of Board performance of which further details are set out in the Corporate Governance Report on page 77. As Chairman, I am satisfied that the Board operates effectively to ensure the long-term success of the Group and that each Director is contributing effectively and demonstrating commitment to their role.

During the year the Group also bought back 2.9 million shares which were cancelled. The total consideration paid for these shares was €12.9 million. The total amount returned to shareholders in the period between dividends and buybacks was €37.6 million.

Since our last update to the market, in the Interim Management Statement of November 2019, trading to the end of the year was strong. For the full year 2019 the Ferries division recorded strong volume growth of 2.6% for passengers, 2.2% for cars and 10.4% for RoRo freight. In the Container & Terminal division overall container volumes shipped for the year were up 4.8%, while port lifts were up 3.5%.

In the period from 1 January 2020 to 29 February 2020, trading has been impacted by prolonged bad weather and the planned reduction in tourism capacity to facilitate the installation of exhaust gas cleaning systems on the Ulysses. In the Ferries division, the Ulysses has been replaced during the period by a freight only conventional ferry. Irish Ferries carried 27,900 cars in the period, down 8.5% on the prior year, while the number of passengers carried decreased by 0.8% to 112,400. RoRo freight carryings were not materially impacted by capacity changes and increased by 11.2% in the period to 50,700 units.

The Container and Terminal division was heavily impacted by the prolonged bad weather in the period. In the period from 1 January 2020 to 29 February 2020, overall container volumes shipped were down 9.8% and terminal volumes were down 11.6% reflecting the impact of exceptional adverse weather conditions over the last three weeks of February and stronger volumes in the prior year due to the impending exit of the UK from the EU at the time which resulted in some increased demand. Over the same period due to storms and reduced capacity, overall capacity was down 12.5% over the prior year.

Despite the uncertainty created by the exit of the UK from the EU, with our modern and flexible fleet we are well placed to target volume growth in all our markets. We look forward to building on the strategic success in 2019 with another year of volume growth across all our divisions.

We note the current and evolving COVID-19 outbreak. We continue to monitor the situation in our areas of operation and work closely with all relevant authorities.