Report of the Audit Committee 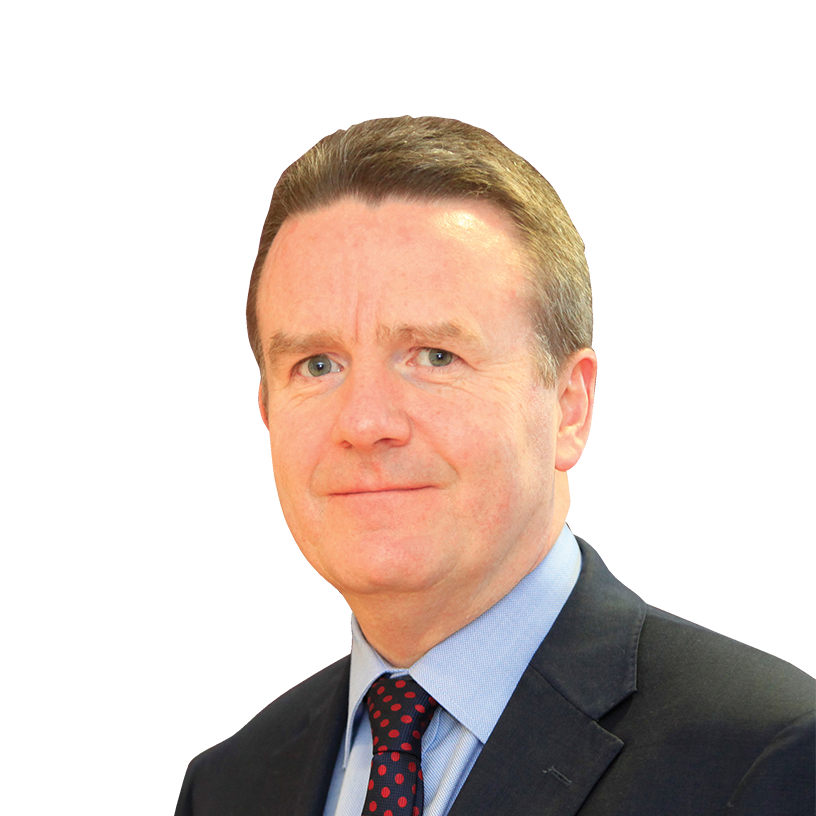 I am pleased to present the Report of the Audit Committee (the Committee) for the year ended 31 December 2019.

The Committee plays an important role in ensuring the Group’s financial integrity for shareholders through oversight of the financial reporting process, including the risks and controls in that process. This report sets out how the Committee fulfilled its duties under its Terms of Reference, the UK Corporate Governance Code, the Irish Annex and legislation.

The Committee has reviewed the critical accounting judgements and key sources of estimation applied in preparing these financial statements and have reported to the Board on these.

The Committee also performed a review of this Annual Report including both the financial and non-financial information to ensure that the Annual Report and Financial Statements, taken as a whole, is fair, balanced and understandable, and provides the information necessary for shareholders to assess the Group and Company’s position and performance, business model and strategy. Other work undertaken included the on-going monitoring of the effectiveness of the Group’s systems of risk management and internal control and external auditor effectiveness.

The Audit Committee membership is set out in the table below which also details attendance and tenure.

Column A: the number of scheduled meetings held during the year where the Director was a member of the Committee.

Column B: the number of scheduled meetings attended during the year where the Director was a member of the Committee.

The members bring significant professional expertise to their roles gained from a broad level of experience gained outside of the Group. This together with their experience as Directors of the Company the Committee as a whole has competence relevant to the sector in which the Group operates. The member’s biographies are set out on page 64. The Board has determined that all appointees are independent, that Brian O’Kelly and John Sheehan have recent and relevant financial experience and that all members have experience of corporate financial matters. Overall the Committee is independent and possesses the skills and knowledge to effectively discharge its duties under the Committee’s terms of reference. The Company Secretary acts as secretary to the Committee.

The scheduled meetings take place on the same day as Board meetings. The Chairman provides updates to the Board on key matters discussed and minutes are circulated to the Board.

The principal responsibilities of the Committee cover the following areas;

During the year responsibility for oversight of the operation of the Group’s whistleblowing procedures was transferred to the Board reflecting the widening of the scope of those procedures beyond financial impropriety.

The principal work undertaken by the Committee during the period under review was focused on the following areas;

The Committee reviewed the Group’s Half Yearly Financial Report for the six months ended 30 June 2019, the Preliminary Statement of Results and this Annual Report and Financial Statements, for the financial year ended 31 December 2019 and the two Trading Statements issued during the year. These reviews considered,

The Committee reviewed and challenged management’s assumptions and scenarios together with the calculations supporting the Viability Statement set out on page 67. The Committee also considered the appropriateness of the five year assessment time frame. The Committee was satisfied that a robust assessment had been completed and reported this to the Board.

Recommendations to the Board

Based on the work undertaken, the Committee reported to the Board that the Annual Report and Financial Statements for the year ended 31 December 2019 taken as a whole is fair, balanced and understandable, and provides the information necessary for shareholders to assess the Group and Company’s position and performance, business model and strategy and recommended that the Annual Report and Financial Statements be approved by the Board.

The Committee had also recommended the approval of the Half Yearly Financial Report for the six months ended 30 June 2019 and the Trading Statements issued during 2019.

The risk management framework is set out on page 52. The Committee, on behalf of the Board, reviews the effectiveness of the Group’s control environment including internal controls and financial risk management systems.

The Committee oversees the work of the Risk Management Committee (RMC) which coordinates a unified system of ongoing identification, monitoring and reporting of risks throughout the Group. The activities of the RMC are undertaken alongside the activities of internal audit.

During the year the Committee met with members of the RMC and presentations were made outlining the work undertaken in managing risk monitoring systems, procedures for ensuring the risk register is being updated for new and emerging risks and the management of exposure to principal risks. The work of the RMC is also central in putting consideration of risk to the fore in business decision making throughout the Group. The Committee reviewed the updated risk appetite statements prepared by the RMC which were then presented to the Board for approval. The Committee also received regular reports throughout the year including internal audit reviews, operational and safety risk reviews including information technology and cyber security. In addition the Chairman meets regularly with the Internal Auditor and the Committee approved the 2019 internal audit plan.

The Committee is responsible for managing the relationship with the Group’s external auditor and monitoring their performance, objectivity and independence. Deloitte is the current external auditor to the Group.

Deloitte confirmed to the Company that they comply with the Ethical Standards for Auditors (Ireland) 2016 as issued by IAASA and that, in their professional judgement, they and, where applicable, all Deloitte network firms are independent and their objectivity is not compromised.

The Committee met with Deloitte prior to the commencement of the audit of the financial statements for the financial year ended 31 December 2019. The Committee considered Deloitte’s internal policies and procedures for maintaining independence and objectivity and their approach to audit quality. The Committee assessed the quality of the external audit plan as presented by Deloitte and satisfied itself as to the expertise and resources being made available. The Committee also reviewed the terms of the Letter of Engagement and approved the level of remuneration.

Deloitte reported their key audit findings to the Committee in March 2020 prior to the finalisation of the financial statements. This report, which included a schedule of unadjusted errors and misstatements, significant judgements and estimations and key areas of risk, was considered by the Committee in forming their recommendation to the Board. The Committee also considered the representations sought by Deloitte from the Directors.

Deloitte issued a letter on control weaknesses noted during their audit, none of which were considered of a serious nature so as to cause Deloitte to amend the scope of their original audit plan. The Committee has considered these and having discussed with management have directed remedial action be taken where considered appropriate.

Deloitte was first appointed by the Company to audit its financial statements for the financial year ended 31 October 1988 and subsequent financial periods. The lead partner is rotated every five years to ensure continued objectivity and independence. Mr. Ciarán O’Brien has acted as lead partner for the audit of the 2019 Financial Statements having been appointed to that role during 2016.

The Committee notes that under Part 27 Statutory Audits of Companies Act 2014, the Group will at the latest be required to conduct a tender process for the external audit in respect of the financial year 2021. As Deloitte will have served in excess of 20 years at that time they will not be eligible for re-appointment. The Committee has taken the initial steps to conducting a tender process in sufficient time to allow for an orderly transition to the new external auditor. This process is expected to be completed by 30 September 2020.

The Audit Committee has considered all relationships between the Company and the external audit firm, Deloitte, including the provision of non-audit services as disclosed in note 9 to the financial statements which are within the thresholds set out in Part 27 of the Statutory Audits of Companies Act 2014. The Committee does not consider that those relationships or the level of non-audit fees impair the auditor’s judgement or independence.

Chair of the Audit Committee